Dominating defensive tackle Aaron Donald of the 11-1 Los Angeles Rams signed a record-breaking $135 million deal in August and rewarded himself with a custom “AD/99” diamond pendant hanging from a 14-karat gold Miami Cuban-link chain — a chain that weighs more than 1.5 pounds. 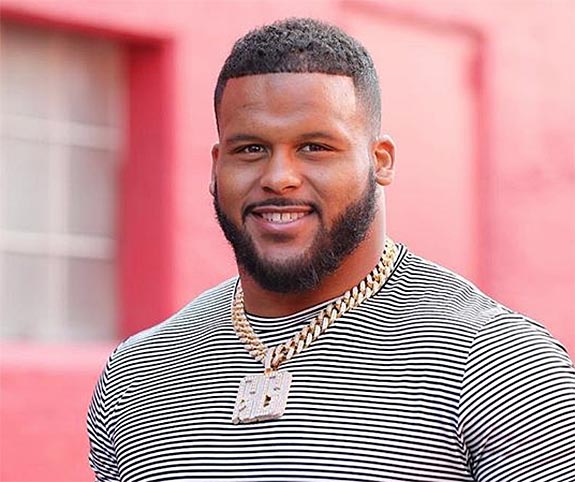 The 6’1” 280-pound frontrunner for Defensive Player of the Year is hoping his new good luck charm will lead the surging Rams to a Super Bowl appearance. His team clinched the NFC West title yesterday with a 30-16 victory over the Detroit Lions. 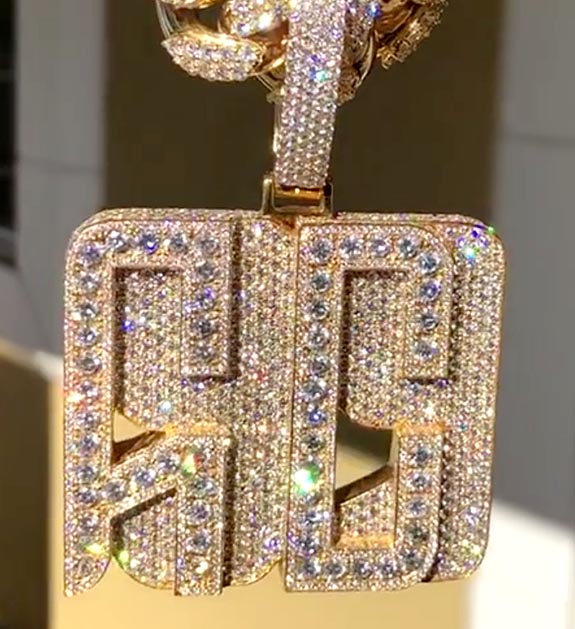 The NFL sack leader turned to Instagram to post photos and a video of the new jewelry, which features the stylized initials “AD” encrusted in VS1-clarity colorless diamonds. The “AD” overlays a “99,” Donald’s jersey number. The diamond total weight of the pendant is 20 carats, according to TMZ.com.

That celebrity news website also reported that the chain alone is valued at $250,000 and contains 60 carats of VVS to VS-clarity colorless diamonds. The pendant and chain were designed by Mohsen Syed of Moe Diamonds in Pittsburgh and took two months to complete. What Donald paid for his new bling remains undisclosed.

Since making his debut in the NFL in 2014, Donald has terrified opposing quarterbacks with his speed, strength and relentless pursuit. He was named the NFL’s Defensive Rookie of the Year in 2015 and earned the title of AP’s NFL Defensive Player of the Year in 2017.

As one of the elite defensive players in the league, the 27-year-old Donald scored a massive $135 million contract that will keep him in a Rams uniform through 2026. At the time, the contract was the richest for a defensive player in NFL history. Interestingly, only one day later, defensive back Khalil Mack of the Chicago Bears eclipsed the Donald deal with a $141 million contract of his own.