‘For Me, From Me’ Diamond Ad Campaign Debuts During E!’s Oscar Coverage

The Diamond Producers Association’s “For Me, From Me” ad campaign made its debut yesterday during E! News‘ highly rated coverage of the 91st Academy Awards. 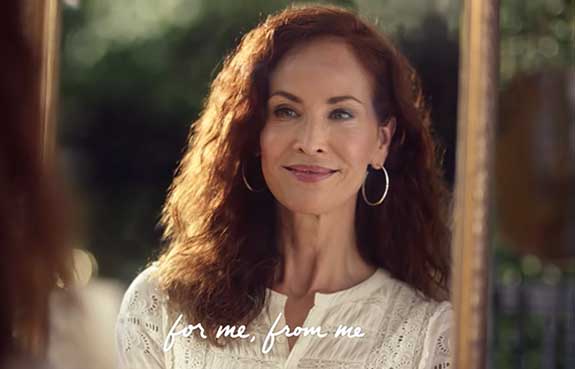 “For Me, From Me” is a campaign inspired by the ever-growing segment of the market represented by women who buy diamonds for themselves. The group now accounts for one-third of the $43 billion diamond jewelry market.

E! viewers were introduced to the new lifestyle videos via an innovative picture-in-picture presentation. This is a technique where — just before scheduled commercial breaks — the show coverage and DPA video were shown on the screen simultaneously.

In addition, elements of the campaign were seen in photo gallery takeovers on E!’s Instagram page and at EOnline.com.

Kristina Buckley Kayel, DPA’s managing director for North America, noted that “For Me, From Me” represents the third wave of the Real is Rare, Real is a Diamond campaign. The previous campaigns helped establish diamonds as the ultimate symbol of realness and authenticity in love and in life.

“Our latest campaign celebrates the distinct pride and joy women feel in purchasing a diamond for themselves, a celebration of self that is beautifully embodied by the enduring qualities of a natural diamond,” she said. “It’s timely for the diamond industry to acknowledge the different needs and mindset of the female self-purchaser, and position itself optimally to service her.”

Kayel explained that the qualitative research conducted by DPA in 2018 uncovered the key reasons why women consider natural diamonds the ultimate self-luxury: They can be worn every day with any outfit, they last a lifetime and can be passed down, and they are a good investment because they retain their value.

The $10 million to $15 million campaign is set to run through September and will include TV, digital and print components.

Credit: Screen capture via YouTube.com/Real is a Diamond.