Coloradan Claire Land and her step-daughter were on a Make-a-Wish vacation to Disney World and Central Florida when the unthinkable happened. As they prepared to bask in the sun at beautiful Cocoa Beach, Land took off her wedding ring to apply some sunscreen. Moments later, the ring was gone. 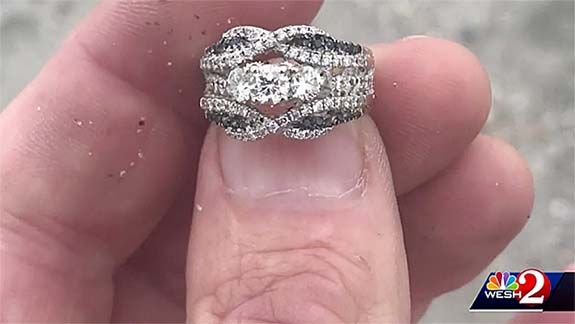 “I felt like crying, and I did a little bit,” Land told NBC’s Orlando affiliate WESH.

She dug in the sand, stripped the stroller and rifled through their backpacks, but the ring — which is actually her engagement ring and wedding band soldered together — could not be found.

Land and her clan traveled back to Colorado a few days later, ringless and dejected. But then the young mom had a brilliant idea.

She contacted Florida-based Dave Mollison on The Ring Finders’ website. Now in its 10th year, the group, which comprises independent metal detectorists from around the world, is credited with having made 6,049 recoveries valued at more than $7.5 million.

Land sent Mollison a map of the general area of the beach where she last saw the ring. Mollison wasn’t confident that he would have much success because the ring was lost near the Coconuts on The Beach bar — a busy spot that’s frequently combed by other metal detector enthusiasts. 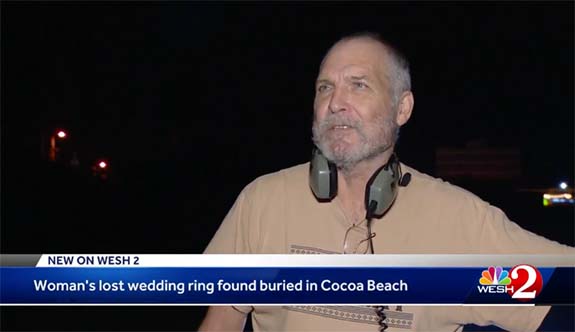 “I belong to what is called Ring Finders and a lot of these guys are ring keepers,” Mollison told WESH. “A lot people go out metal detecting and I didn’t think it would be there after a week.”

Undaunted, Mollison started his search, methodically walking up and down the beach in a grid pattern.

After four tedious hours, The Ring Finder finally heard a faint ping on his headphones — a glimmering hope that something metallic was in the sand.

He dug down about 10 inches and scooped out Land’s engagement ring/wedding band combo.

“Your heartbeat goes up a little bit and you’re like, ‘Alright I found it,’” Mollison said.

While still at the beach, Mollison texted Land photos of himself, smiling ear to ear and proudly displaying her precious keepsake. He mailed the ring to Colorado the same day. 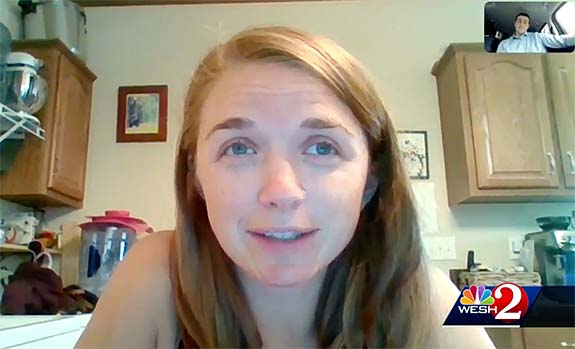 Contacted via video chat by a reporter at WESH, Land said she was amazed that the ring was found. She really thought it was lost forever.

She also admitted that she felt like crying again.

See WESH’s coverage at this link…